above packages are recurring until cancelled

above packages expire in 365 days

Have a Question?
We’re standing by to answer all of your support questions and anything else you need to know. 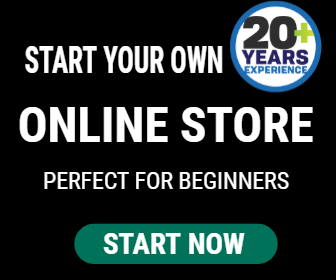 Just Some of the Benefits of Usenet Newsgroups

usenetnewsfeed.com offers a no-surprises, month-to-month service, where NO long term commitment is
required and you can cancel anytime. With thousands of existing long-time members, and years of
experience (since 1999), we work very hard to give the best service possible.

Usenet is a worldwide distributed discussion system available on computers. It was developed from the general-purpose UUCP dial-upnetwork architecture. Tom Truscott and Jim Ellis conceived the idea in 1979, and it was established in 1980. Users read and post messages (called articles or posts, and collectively termed news) to one or more categories, known as newsgroups. Usenet resembles a bulletin board system (BBS) in many respects and is the precursor to Internet forums that are widely used today. Discussions are threaded, as with web forums and BBSs, though posts are stored on the server sequentially. The name comes from the term “users network”.

One notable difference between a BBS or web forum and Usenet is the absence of a central server and dedicated administrator. Usenet is distributed among a large, constantly changing conglomeration of servers that store and forward messages to one another in so-called news feeds. Individual users may read messages from and post messages to a local server operated by a commercial usenet provider, their Internet service provider, university, employer, or their own server.

Usenet has significant cultural importance in the networked world, having given rise to, or popularized, many widely recognized concepts and terms such as “FAQ”, “flame”, and “spam”.

Usenet was conceived in 1979 and publicly established in 1980, at the University of North Carolina at Chapel Hill and Duke University, over a decade before the World Wide Webwas developed and the general public received access to the Internet, making it one of the oldest computer network communications systems still in widespread use. It was originally built on the “poor man’s ARPANET”, employing UUCP as its transport protocol to offer mail and file transfers, as well as announcements through the newly developed news softwaresuch as A News. The name Usenet emphasized its creators’ hope that the USENIX organization would take an active role in its operation.

The articles that users post to Usenet are organized into topical categories known as newsgroups, which are themselves logically organized into hierarchies of subjects. For instance, sci.math and sci.physics are within the sci.* hierarchy, for science. Or, talk.origins and talk.atheism are in the talk.* hierarchy. When a user subscribes to a newsgroup, the news client software keeps track of which articles that user has read.

In most newsgroups, the majority of the articles are responses to some other article. The set of articles that can be traced to one single non-reply article is called a thread. Most modern newsreaders display the articles arranged into threads and subthreads.

When a user posts an article, it is initially only available on that user’s news server. Each news server talks to one or more other servers (its “newsfeeds”) and exchanges articles with them. In this fashion, the article is copied from server to server and should eventually reach every server in the network. The later peer-to-peer networks operate on a similar principle, but for Usenet it is normally the sender, rather than the receiver, who initiates transfers. Usenet was designed under conditions when networks were much slower and not always available. Many sites on the original Usenet network would connect only once or twice a day to batch-transfer messages in and out. This is largely because the POTSnetwork was typically used for transfers, and phone charges were lower at night.

The format and transmission of Usenet articles is similar to that of Internet e-mail messages. The difference between the two is that Usenet articles can be read by any user whose news server carries the group to which the message was posted, as opposed to email messages, which have one or more specific recipients.

Today, Usenet has diminished in importance with respect to Internet forums, blogs and mailing lists. Usenet differs from such media in several ways: Usenet requires no personal registration with the group concerned; information need not be stored on a remote server; archives are always available; and reading the messages requires not a mail or web client, but a news client. The groups in alt.binaries are still widely used for data transfer.